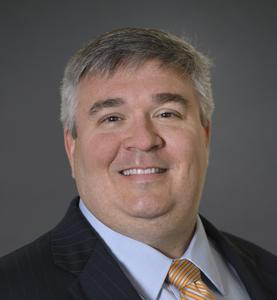 Brian Burgoon is a trial attorney with 25 years' experience practicing law. He founded The Burgoon Law Firm in 2007 after practicing for over a decade with one of Atlanta’s largest and most reputable law firms. He is licensed to practice law in Georgia and Florida, and has extensive experience in state and federal courts and arbitration. He has handled a wide variety of complex litigation matters, including business and commercial litigation, contract disputes, business torts, real estate litigation, employment/non-compete/trade secrets, plaintiffs’ personal injury, automobile accidents, competitive procurement and bidding disputes, insurance coverage, commercial collections, injunctions, mediations and appeals. Brian’s clients have included individuals, governmental entities, small businesses and large private and public corporations, including several Fortune 500 companies.  Brian also has corporate/mergers & acquisitions experience, and has handled the start-up and legal needs of businesses and their owners. He is an Adjunct Professor at the University of Florida College of Law.

Brian is a Registered Mediator and Arbitrator with the Georgia Office of Dispute Resolution. He is an arbitrator with the American Arbitration Association (AAA), serving on the Large/Complex Case Panel, Commercial Panel and Consumer Panel, and he has been appointed arbitrator in over 175 arbitrations administered by the AAA.  In addition, he serves on the International Institute for Conflict Prevention & Resolution (CPR) Panel of Distinguished Neutrals as both an arbitrator and mediator.  Brian also is a Hearing Officer for employment matters for both the Atlanta Board of Education and the Fulton County Board of Education.  Additionally, the Georgia Supreme Court has appointed Brian to serve as a Special Master to preside over disciplinary proceedings concerning alleged lawyer misconduct.

Aviation is of particular interest to Brian, both personally and professionally.  Along with being an instrument-rated commercial pilot, he is also a Panel Attorney with the Aircraft Owners & Pilots Association (AOPA), which represents pilots in FAA enforcement proceedings, NTSB investigations and other aviation law matters.  He is a member of the State Bar of Georgia Aviation Law Section and the Florida Bar Aviation Law Committee.

Brian has a strong commitment to the advancement of the legal profession, and has been active in professional organizations and public service from the earliest days of his career.  At age 28, Brian became the youngest person ever elected to the Florida Bar Board of Governors, and is currently serving his 23rd year representing the more than 15,000 Florida lawyers who live out-of-state on the bar’s governing board.  He is Vice Chair of the Board Review Committee on Professional Ethics, which reviews Florida lawyer ethics and advertising issues.  Brian served eight terms on the Florida Bar Executive Committee and five terms chairing the Disciplinary Review Committee, which oversees the prosecution and appeals of lawyer disciplinary violations.  Brian also chaired the Program Evaluation Committee, Technology Committee and Rules Committee, and served on a statewide commission to review the Florida lawyer disciplinary system.

Brian currently serves as Vice Chair of the University of Florida College of Law Board of Trustees.  He previously served as President of the University of Florida Alumni Association, President of the UF College of Law Alumni Council, member of the UF Foundation Board, and member of the UF Vice President for Student Affairs Search Committee.  Additionally, Brian served as an inaugural member of the Leadership Council for UF’s Machen Florida Opportunity Scholars Program which provides full need-based financial assistance to first generation college students.

Brian has received a number of prestigious awards and honors for his leadership and service.  In 2021, University of Florida’s Student Government created the Brian Burgoon Outstanding Mentorship Award, to be given annually to a student, faculty member, or alumnus who has dedicated time, knowledge, and energy for the purposes of guiding, nurturing, and supporting University of Florida students.  In addition to being honored as the namesake of the award, Brian also was the inaugural recipient.  In 2021, he also was recognized for his service to the University of Florida College of Law with the S. Austin Peele Distinguished Trustee Award.  In 2019, Brian received the Myra Morgan Outstanding Mentorship Award from Florida Blue Key.  Additionally, in 2014, Brian was awarded the Florida Bar’s Tony Boggs Excellence in Discipline Award in recognition of his efforts on behalf of the Florida lawyer discipline system.  In 2009, Brian was honored with the Outstanding Young Alumnus Award from the University of Florida, a recognition of UF alumni under age 40 who have distinguished themselves in business, community and public service.

Brian is AV-Preeminent® rated by Martindale-Hubbell, the peer review rating for the highest level of professional excellence.  He has been named to the “Top 100” Georgia Super Lawyers list every year since 2015, and he was selected by his peers for inclusion in The Best Lawyers in America in the area of Commercial Litigation (2020-23).  In addition, Brian has been recognized as one of the “Legal Elite” by Georgia Trend magazine in both Business Law and Trial every year since 2010, and in 2015, was profiled by Georgia Trend as a "Legal Elite" top vote receiver in Business Law.  Brian also was named a Georgia Litigation Star in Euromoney’s Benchmark Plaintiffs.

Brian earned his law degree, with high honors, and his bachelor’s degree, with honors, from the University of Florida, where he distinguished himself as a student leader.  He served as University of Florida’s Student Body President in 1996-97 and was elected Chair of the State Council of Student Body Presidents by his counterparts at Florida’s public universities.  In recognition of his efforts on behalf of the university, Brian received UF’s Outstanding Leader Award for his graduating class, the university’s most prestigious leadership award, and he was inducted into the University of Florida Hall of Fame, Phi Beta Kappa, Order of the Coif, and Florida Blue Key.  ​

J.D., with High Honors, University of Florida College of Law, 1997; Order of the Coif